Jeff and Laura were always interested in spicing up their sex life. They had it plenty and were always keeping it interesting. From different positions, to toys, to sex in open places they’d do anything except involve multiple people. They were both very against sharing one and other.

Jeff was 6’2″ and built, he worked out all the time. He was also hung pretty well, 8 inches long and nice and thick. Laura was something else though. At 5’4″ she had a perfect hourglass frame. 34D tits and a round, tight ass. Men would stare at her as she walked by.

Jeff went to the clerk and asked which one he’d recommend the man told him, with a grin across his face, that they could go and view the movies in a private booth. Jeff quickly jumped on the offer, got a set of keys and went to Laura.

They both ran to the booth with a few movies under their arms and went inside. It was actually a pretty tight space to be in, but that didn’t matter, they threw a movie in right away.

“Please Jeff I need that cock in me, please fuck me.”

“I think you’ll have to blow me first.”

“Bet there isn’t enough room in here to do that!” Laura moaned at him.

“I said get on all fours Laura, and blow me. Why do you think we’ve taken all this time to get you to be able to deep throat? They’ll be just enough room.”

Laura grumbled, to get his dick in her she’d have to suck him off first. She wedged herself down to her knees pointing his dick up she sank her mouth down on his rock hard cock. As it went deeper and deeper down her throat she was able to get her hands to the floor and now she had her ass pressed tightly to the wall, and was stuck with Jeff’s dick in her mouth. She could move her head slightly back put no matter what she did, because of the space in the room, Jeff and her where stuck like that until he came.

Bobbing her head back and forth as much as she could Jeff was growling in delight and Laura was trapped on his dick, sucking all 8 inches in. All she could think about was when he was going to fuck her, she needed his dick in her so bad. Jeff was moaning as he could feel her tongue working around him.

He rubbed his hand through her hair, pushing on the back of her head to sink all of him in her. All Laura was thinking about was to get him off so that she could have a cock in her. She needed it so badly.

Laura squealed in shock. She felt something brush her pussy. But what? She had herself jammed against a wall. Nothing could be there unless. Oh fuck she had read about this before. Glory holes. It was where people could have sex with strangers through holes in a booth.

“Some guy in the booth over must have noticed my pussy was up against the hole and took it as an invitation,”she thought.

She felt the cock behind her brush against her again. Laura was stuck. She couldn’t do anything as long as Jeff’s dick was hard and in her mouth. And in any moment the man in the other booth would be fucking her. Laura started to try and tell Jeff, but with his big dick stuffed in her it was no use. All that Jeff thought was that she was humming around his dick.

Laura was moaning in heat. She didn’t want some strangers cock in her and yet she needed one in her so very badly. There was nothing she could do but suck on a big dick and get fucked by some stranger’s cock that was spreading her pussy wide open.

She knew what was happening wasn’t right so she started to suck Jeff’s dick in furious abandon. She reached her right hand up around the base of Jeff’s dick and started to jerk him off as fast as she could, while her tongue was swirling around his fat cock just below the head.

Jeff thought that the moans and whimpers that were coming from Laura were due to how turned on she was from blowing him. Jeff was sorely mistaken. Laura was getting pumped from behind by some anonymous dick and her body was turning against her as she was loving every second.

Her clit felt like it was on fire, and the heat emanating from her pussy could keep any cock warm through a blizzard. She couldn’t believe that she was being used like some slut and her body was loving it, no matter how much she didn’t want to.

That dick that was filling her cunt had started to pump harder and faster. She thought for sure that Jeff would notice her ass shaking from the pounding coming from behind but either he was in his own world or the booth was to dim to notice. Either way she just didn’t want him to know.

Laura could feel the cocks stuffing her from both ends pumping furiously. The dick behind her was filling her pussy and her pussy was wrapped so tightly around that big dick that she couldn’t hold it anymore. Her body started uncontrollably convulsing. Her tits were hard as rocks as they hung down and shook from her body.

Jeff’s dick started to shrink just enough where Laura flew her mouth off his dick, and wiggled that cock out of her pussy. But before she could say or do anything, Jeff flipped her around just to stick his dick in her for a second.

“Oh baby that was so kinky. We have to that again someday. I’ve never seen you suck my dick like you needed it so badly.”

“I don’t know.” Laura replied. “I think, I think we should just go home right now.”

If you have enjoyed this naughty story, you should also have a look at two other sexy tales I have published with a similar setting:

Also, I would recommend that you read the sexy stories 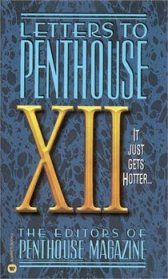 Also, if you want to read more awesome sexy stories, you may proceed to my home page or you may go and like my Facebook page so you receive free sexy stories directly on your wall.