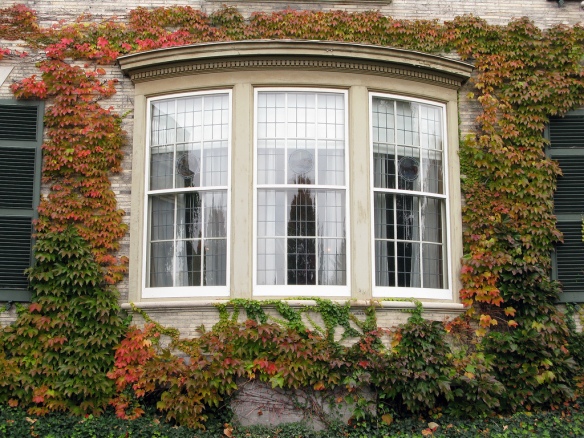 She stared in through the bedroom window at his naked body and the huge erection between his legs.

It was long and hard as his hand stroked up and down in a slow rhythmic motion. He held a magazine in his other hand and was gazing at it intently.

Probably thinking of having one of the sluts in the magazine sucking his cock or fucking him doggie style, she thought.

She’d never seen such a big cock, and she’d never seen a man jack off before. She continued to stare… fixated on his cock as it became more swollen as he stroked faster. His balls were tight against his body and he was now stroking very fast.

He laid the magazine down on the bed and she could see the beautiful woman whose picture he had been staring at… She had big full breasts and long blonde hair… her butt was in the air in one pose and she was standing in the other.

He started to moan – and his stroking was furious now, up and down his hand went pulling the skin on his big dick and clear sticky fluid started to ooze from the end of it and wet his shaft and the palm of his hand.

Suddenly his cock seemed to jerk and spurts of thick gooey white sperm shot from him onto his stomach – the pictures where staring at the girl watching as if to say “see what we did to him?”

When his orgasm began to subside he let go of his enormous cock and it stood straight up…still moving and pulsating from the intense orgasm he had just had, she stared at it as fluid still oozed from its tip and onto the pictures …He turned away and went to shower.

She silently went around to the back of the house, she knew that the rest of his family was away at the time, and she came into his house through the slid- ing patio doors, and straight into his room where he’d left the magazine open…

It was soaked with pools of gooey white sperm. She touched it and it felt warm…She knelt down and licked it with her tongue…She liked its taste and she licked up more and swallowed some.

She heard the shower turn off so she ran out just in time. Out from his bedroom, out through the patio door, quietly closing it behind her.

She went back in through the patio door and got the magazine out of the trash and took it home…it was dripping sperm out of its pages — as she pulled her panties off and she pulled her top and lay on her bed… She dripped the sticky fluid onto her pussy and began to rub it.

It felt so good to have his sperm in her… she soon began to think of his big cock and how it shot it’s hot fluid out, and she moved her hand faster and faster, over her sex and into her sex… faster until she felt that incredible orgasmic wave…

She moaned and sighed with pleasure — and lay there thinking of his big cock, and how she would like to suck it and fuck it… someday.

Finally she pulled her panties and shirt back on and tucked the magazine back in her secret place…’who says only guys look at dirty magazines…’ she thought.